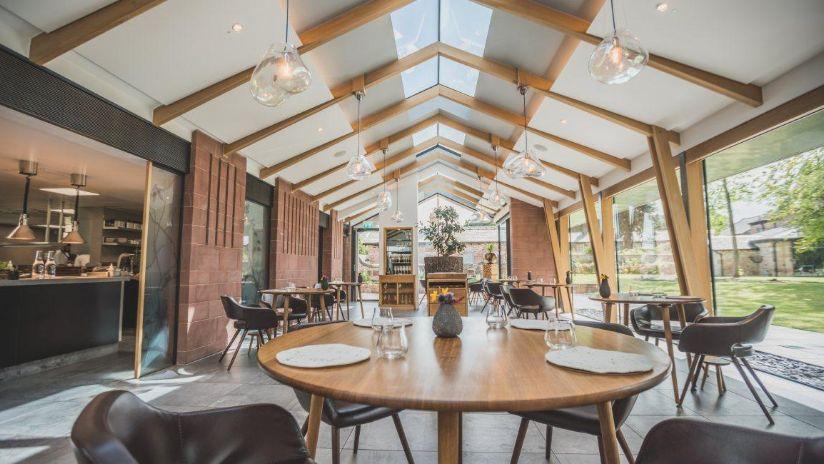 Chef Mark Birchall opened Moor Hall in 2016 having spent the best part of a decade working at Simon Rogan’s two Michelin-starred restaurant L’Enclume, promising at the time to create ‘something special’.

He’s succeeded. His stunning Lancashire restaurant with rooms is located in a Grade II-listed building that dates back to the 13th century and is set in five acres of gardens with its own lake, no less. Within just two years of opening, Birchall replicated the success of his mentor, also winning two stars, and he has no intention of stopping there.

The setup at Moor Hall is impressive. The beautiful glass-fronted restaurant has an open kitchen as well as a walk-in cheese room, where diners are encouraged to visit to make their selection. The restaurant makes its own charcuterie in house and uses honey from its five beehives located within its verdant grounds.

At Moor Hall the food really does the talking. The ambitious restaurant is tasting menu only, offering four and eight courses although guests can expect rather more than this in reality, such is the restaurant’s generosity when it comes to ‘extras’.

An evening meal starts at the bar with a charcuterie selection before moving to the high-ceilinged room for the main event. A procession of snacks follows, including Birchall’s signature pillowy black pudding parcel with pickled apple, and starters include baked carrots with Doddington cheese ‘snow’ and roast Goosenargh duck with elderberry.

It’s impressive stuff from a chef at the top of his game, one that marks Moor Hall out as a true Lancashire gem.